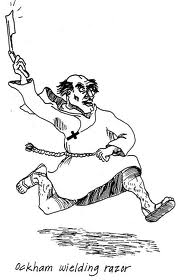 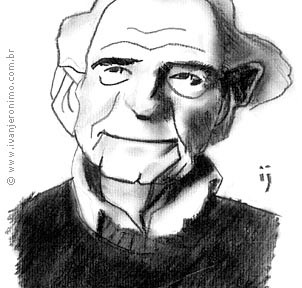 The Murder case of Olof Palme shows that this also is the case with secularized newspapers such as Politiken (Danish newspaper).

Even though the newspaper does not swear by ‘The Protocols of the Elders of Zion’ less will do.

In the editorial office did not want to know or hear that Olof Palme potentially was shot by a lonely person who hated Palme and further more that his loneliness was one of the reasons it took so long to find him.

Since only few people knew Christer Andersson even less could tip off the police about him.

Politiken published his conspiracy theory on the 25th anniversary of the murder of Olof Palme. They took it from the Swedish writer Leif GW Persson: 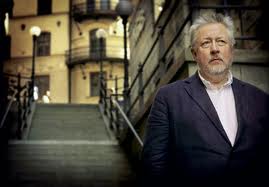 “The most likely scenario is that the murder was planned by multiple people.

It had to be persons relatively close to Palme, who knew where he was on the night of murder and also knew that he wasn’t protected by his lifeguards.

This is why it is most likely people from the military, the police or the secret service.”

Leif GW and Politiken apparently had no clue that Palme never had lifeguards when he was off duty.

This means that Leif GW’s “perpetrators” could have easily knocked on Palme’s front door and killed the couple in their apartment.

They could have done this using silencers to keep the noise down hence the double homicide would have gone unnoticed till the day after or maybe even later.

The murder happened leading up to a weekend.

Why make it more complicated?

Bo Maltesen – the conspiracy impresario of Politiken – does not want to know about simplicity.

A conspiracy theorist would never do this. They swear by complication.

Probably the newspaper has never heard of “Ockams Razor”:

When you have to chose between a simple explanation and a complicated one, then you shall chose the simple.

This is also why he ridicules the book by Paul Smith “Palmes murderer?” saying it is ridiculous.

Because of this result the investigation was kept a secret. The Jews could not be used as a scapegoat and be blamed for the loss.

Deliberate Suppression is also a way of Lying.

1. Christer Andersson had previously fired his gun into the television while Palme was on the screen.

3. Christer Andersson matched 15 different notions from the profiling of the potential perpetrator. Paul Smith “tested positive” on only one notion “Excessive interest in the murder of Palme”. Just like Christer Andersson.

Christer Andersson did not have an alibi.

4. The police and the national register were fooled by an (almost) fake address for years. The street name existed but there was no 3rd floor of which Christer Andersson claimed to live. The highest floor was 2nd floor. This is the reason why he never got the letters from the police regarding the police hearing and the fact they wanted him to deliver his gun for testing.

5. Christer Andersson had no alibi.

6. The Smith & Wesson .357 revolver owned by Christer Anderson was the only revolver of the 650 legal revolvers that was in the Stockholm area, on the night of the murder, that did not get tested.

The Half of fame of Conspiracy Theories

As documented above critical thinking is not the strong suit of the conspiracy theorist.

This is why this section of www.palmemordet.dk is going to share many funny stories about various ludicrous conspiracy theories.

We could also call it the repêchage of stupidity.