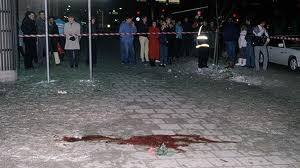 On the 11th of August 1999, Christer Andersson told “I wasn’t member of Palme’s fanclub” when he was interviewed by Anders Johansson from Aftonbladet in an anonymous interview. It was said at the end of the longer article that can be found below:

AJ: “The police claim that you used to frequent the area around Olof Palme’s Street [ at the time of the murder it was called Tunnelgatan, PS] ?

CA: Yes, and so what it was the city centre. I lived at Vasastan so there is nothing unusual about that especially not when you live there. If this is the way to go about it I guess there are thousands suspects.

AJ: “But there are not several thousand that had a license to a Magnum?

AJ: “Did you expect to get contacted by the police when Holmér started to show Magnum revolvers?”

CA: “Hell yes. I was waiting for them. I took it for granted since I lived in the city. I thought they would investigate systematically by starting in the city, then investigate the suburbs and lastly rest of the country.

AJ: “But they [the police] claim that you were called in for questioning several times and yet you didn’t care to show up for to have your gun examined by a test firing?”

Victor Gunnarsson was the first suspect in the murder case.

CA: “That was after they failed to convict Christer Pettersson and we all know how that went. It all started by that guy Gunnarsson he was locked up for a while before the prosecutor let him go. There was someone who pointed him out as the perpetrator but later they discovered that the police had showed the witness a picture of Gunnarsson before he told police he was their guy. The police told Lisbeth Palme in advance that it was a ‘street person’ a tramp and shown her video tapes of him enough times till she was certain it was him. I was under the impression that the police was not allowed to do such things. All they cared about was locking someone up.

AJ: “Why didn’t you get the gun test fired so you could cleanse your name?”

CA: “Because I was the last. They could no longer use Christer Petersson nor Lisbeth Palme in court. Actually I no longer trusted the police. 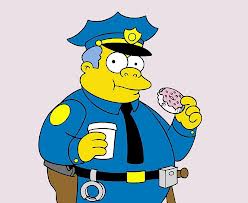 AJ: “But sooner or later the police would discover that you had got rid of the gun illegally?

CA: ”No, at first I thought they didn’t care since they hadn’t done anything about it for many years. If they had showed up the day after, the month after or the year after I would still have had the gun. I told this to the police during the interrogation.

AJ: “Did you get permission to keep your [weapon] license after you had sold the magnum revolver illegally?”

CA: “Yes, even though they wanted to take away the rest of my licenses they couldn’t due to a new weapons law. It had expired somehow. They told me it was gross negligence of the weapons law and that I was going to be put away [in prison]. It all amounted to nothing at the prosecutor’s office somehow. I was just waiting for them to take me into custody.

AJ: “Do you think the murder will be solved?”

CA: “No, I think the case is cold. They have to find a long trail of evidence with various components such as Palme’s body, the bullet, the murder weapon and the perpetrator. The judge at the High Court was clear that they lacked technical evidence [to convict Christer Petersson]. If they fail to come across such evidence and connects the dots it’s over. You can’t rely on eye witnesses after 13 years. It has been one giant mad house from the beginning.

AJ: “Who do you think shot Palme?”

CA: “As a matter of fact I don’t think it’s necessary to look far from the police headquarters. But I have no evidence.”

AJ: “Where is the gun you sold right now?”

AJ: “The buyer never told what he was going to use it for?”

CA: “No, I think it was to show off rather than actually using it”

CA: “Hell yes! Of course but I was several months behind paying my rent, received numerous reminders so I was afraid of getting knocked out. I needed some dough (money) fast.

AJ: “Was it debt from shares?”

CA: “Do you know what leverage is? It involves that you have a portfolio. You take up a loan based on the value of your portfolio and buy new [shares]. It is a top notch business as long as the prices are going up. But when the market crash it’s not exactly top notch. Financially I was ruined.

AJ: “Is it true you were at a confectionery close to the crime scene on the 10 year anniversary [of the murder]?”

CA: “I don’t know. I don’t keep a diary. I have not gone to a café just to celebrate the 10 year anniversary of the murder. That I haven’t done.

AJ: “What did you do on the night of the murder?”

CA: “I was home. It was in the middle of the night for Christ sake, I was sleeping.

AJ: “Your buddies from the shooting range say you are a good shot?” 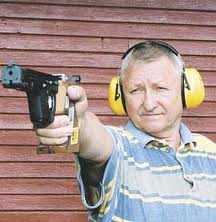 CA: “I guess It depends who you compare me with. Compared to Skanaker (who won Olympic gold in Münich in 1972, PS) I am a nothing burger. I am quite decent on club level though. But Jesus Christ, even a blind man can hit a man from a couple of yards.“

AJ: ”Back to Sveavägen. Do you think it was an amateur who did it?”

CA: “I don’t know how he managed to miss Mrs Lisbeth Palme. Maybe he didn’t point the gun at her. Maybe he got nervous.”

AJ: “According to the investigation it is noted that you that you have fired your gun at your television when Palme was on air?”

1. He tells Anders Johansson that the reason for him to sell the gun was that he was behind with his rent for several months, gotten reminders and was going to be knocked down. This was the reason why he sold his revolver in the autumn 1992.

This makes no sense.

Christer Andersson had already moved out of the apartment in Hälsingegatan on the 18th of August 1987. [1]

Christer Andersson left his apartment in august 1987 and moved to his parents summe cabin.[1] From here he partly lived in his parents’ summer cabin in Tungelsta as well as his mother’s apartment on Tornslingan 37, in the same area. Yes and he also had a fake address that was on Huggarvägen 9 in Västerhaninge, [2] but since the address was fictitious it was also free of charge. No rent, also means no reminders and warning letters.

Basically he lived with his parents but Olof and Astrid Andersson hardly ever gave their own son any ‘reminders’.

Paul Smith: Christer Andersson kept using his mothers address after her death as c/o address. Others have done the same.

2. When the interviewer tells him that the police claimed that he frequented the area where the crime was committed he says: “Yes, and so what it was the city centre. I lived at Vasastan.”

This claim is not necessarily accurate. With some goodwill one can argue that the people who lived on the south side of Vasastan (the Vasatan area begins on the northern side of Tegnérgatans pavement, PS) lived close to the city. However Helsingegatan 19 was not close to the city.

3. He gently avoids the topic regarding his whereabouts on the day of the 10 year anniversary of Palme’s murder. The confectionery was located across the street from the murder scene between Tunnelgatan and Adolf Frederiks Kyrkogatan. This no longer exists.

The confectionery was located across the street from the murder scene.

It was likely to have such habits if he still lived on Hälsingegatan 19. It is only a 25 minute walk from his apartment. However since August 1987 he lived 9.2 miles (15 km) south of Stockholm and had to use public transportation to get there.

Either the confectionery served a damn fine coffee or he got a ‘kick’ out sitting there eating pastries while looking at the corner where Palme was shot.

Was he “psychological related” to the arsonist who almost always are among the crowd when the fire department is putting out a fire that is believed to have been started deliberately?

Palme could only be killed once. Did his killer travel the long way to the confectionary to reminiscing?