In 1992 the police commissioner Jan Olsson and the chief psychiatrist of the Swedish police Ulf Åsgård were assigned the task to create a psychological  profile of the perpetrator who killed Olof Palme.

Ulf Åsgård suggested that they should contact the specialists of criminal profiling and behavioural characteristics from FBI. They were not going to look at the profile created by the Swedish police but instead analyse the same material. The main priority was to compare and discuss the two reports. This could potentially enlighten the Swedish police. The cold facts of the crime were presented to FBI in January 1994 at the FBI Academy located in Quantico, Virginia. 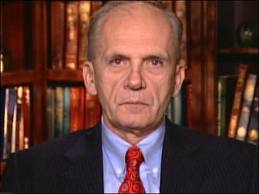 Gregg McCrary was one of the Special Agents that discussed the case with Olsson and Åsgård.

FBI was quick to conclude that the perpetrator had acted on his own. The assumption was build on following clues:

Jodie Foster was personally trained by Gregg McCrary during her preparations as Special Agent Clarice Starling in the movie’ Silence of the Lambs’ by Jonathan Demmes.

1. The reason for the perpetrator to run north of the street Regeringsgaten was he most likely “tried (…) to get towards his home or another area known to him”.

Christer Andersson lived on Hälsingegatan 19, which was in this direction.

2. After five interviews with Christer Andersson the police summoned that “his appearance, posture and movements were very similar the information obtained about the man who shot Olof Palme.”

In the criminal profile of the perpetrator it was described as follows “… If you compare the description of this person [= the man seen at the Grand Theatre] with other observations you will clearly find notable similarities with the man who shot Palme.”

3. Later it is described “… Considering the size of the award [= 50 million Swedish kroner] and the difficulties of proving associates of the crime, combined with the fact that it is hard to get a firearm at such short notice, it is even more likely that the perpetrator have had access to a gun for a longer period and therefore didn’t come into possession of the gun at the night of the murder.”

Christer Andersson had obtained a license for a Smith & Wesson Magnum long before the night of the murder. In the following years this point became even more valid since no one snitched to the police meanwhile the reward only got bigger.

4. The perpetrators actions on the night of the event have another match: “He has been out of the area for about one and half hour. It seems logical to come back in due time – in this event 15 minutes before the movie was suppose to end. (…) After having stayed at the eastern side of Sveavägen he approached the cinema at around 11 pm. Immediately hereafter another movie ends and roughly 40 people leaves the cinema. The perpetrator couldn’t have been able to predict this and it is worth noting that after they had all left, besides two young women who stayed in the cinema, he walked up to the main entry and looked through the glass door. It seems that he did not know what movie Palme had seen. He walks towards the main entry to see if Palme was in the lobby. After that he stayed outside the main exit for a few minutes. He walks back and forward. (…)”

“The perpetrator behaves strange and without taking into consideration that someone should be able to observe him. This would not seem like the conduct of a professional killer. The perpetrator shows lack of patience when he walks towards the entry when the intended victim did not appear as expected.”

5. At the psychological criminal profiling there are other similarities: “The perpetrator is (…) an intolerant, disloyal and ruthless person that is controlled by impulses, sudden ideas and lack of patience. You will find him slightly impatient and lacking stamina these factors will emerge in many aspects of life. One of the consequences of this damaged personality will reflect in the lack of the ability to make new friends, preserve old friendships and interact with others. This person is fundamentally afraid of confrontations but he will not refrain from interfering if it suits his purpose. There is a considerably spite for others and despise of the weak. This shows in prejudice and a tendency of swiftly judging others. At first glance he can appear confident through his self-assertion but in other matters he appears conceit and fake.”

Another fact is that the owner of the dog could be telling the truth when she told the police that he had threatened to kill her. To quote the Criminal Profile: 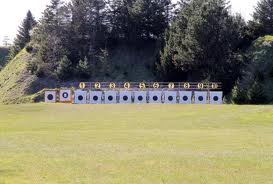 6. Regarding personal habits it is said: “The perpetrator seems to be familiar with firearms. It is possible that he has completed at least part of the compulsory military service that would make him familiar with firearms. (…) … but it is even more likely that he has frequented a shooting range that would make him a known person there. If one considers how he handled the weapon, the weapon seems to mean a great deal to him. It could reflect a greater interest for weapons that could be known by people in his surroundings.”

Christer Andersson was a member of the Academic Pistol Club (Akademiska Pistolklubben) and he owned other firearms as well.

7. Regarding the age of the perpetrator Olsson and Åsgård says: “Crimes of this nature is mostly carried out by men below the age of 30. When you take the most likely motive into consideration, a severe hatred towards Olof Palme, it is likely that the perpetrator is more than 30 years old.”

Christer Andersson was 33 years old when the murder of Olof Palme took place.

8. In relation to his family background there are both matches and mismatches.

Mismatches: Christer Andersson was not the oldest among his brothers and sisters. He was however the older of two brothers. The sister was the oldest of the three.

Matches: “Those problems there have been in relation to his dad does not necessarily have be known by the authorities.”

Christer Andersson was not known by the authorities besides the conviction of animal abuse.

9. Olsson & Åsgård found another match in regards to the work of Christer Andersson: “He has probably jumped between jobs many time. When considering his personality disorder it is not likely that he has worked for a longer period with a job that involved close contact with other people and definitely not a job that required human care.”

When talking to his former workplace they had a note saying that Christer Andersson was not to be employed again.

10. They also found a match related to his residence: “In regards to the time of crime and the perpetrators behavioural characteristics it is likely that he lives or works in the area of the Grand theatre (…) Due to the city planning of the area it is not very likely that his residence is found south of crime scene it is rather north, east or west. Chaotic criminals often have their residence close to where they commit the crime. It could be a few hundred yards but more likely between 6 – 12 miles (1 – 2 km.).”

Christer Andersson lived in a cornerflat in this house when Olof Palme was murdered.

Christer Andersson resided at Hälsingegatan 19 that is only 8 miles (1.5 km) northwest of the crime scene and a couple of hundred yards less from the Grand Theatre.

11. & 12. Olsson and Åsgård also predicted the motive in several ways: “The most likely scenario is that it is a personal motive without a personal relation. The hatred for Palme with all its various aspects affected a large group of people with lack of judgement, tendency to primitive thinking and aggressive defensive mechanisms. A result of this (…) could be that Olof Palme would represent something evil in their lives and that he became the scapegoat for their lack of success. Palme could (…) have been so hated that they even thought about killing him.”

The government had decided to increase the taxes of stock trading. Christer Andersson later explained in an interview to Aftonbladet’s Anders Johansson that this decision virtually led to his bankruptcy overnight.

We also know that he thought about killing Palme since he had shot at his television while Palme was on the screen.

13. The weakened financial situation of Christer Andersson appears another place as well: “It is very common that a murderer gets aggravated by something that has nothing to do with the victim. For instance the murderer can have problems with people in his surroundings, most often a girlfriend. Financial problems… are other examples of such aggravating factors. You need to be on the lookout for such factors when trying to find the potential suspect.”

14. “We can’t rule out a potential suicide by the perpetrator even though it is less likely.” Christer Andersson committed suicide.

15. The investigation showed that Christer Andersson would “freeze” when discussing Olof Palme. In the English version of the report of the perpetrator it was written (p. 123): “It is likely that during rare contact with other people the assailant has attempted to tone down the importance of the murder but more importantly he would be reluctant to talk about it unlike other Swedes.”

16. The Profile: “It is reasonable to suggest, that these perpetrator has collected more newspaper articles compared to other people.”

The Commissionen p. 959: “It has been discovered, that he knows many details about the murder investigation, which is not common.”