Is Christer Andersson the assassinator?

The three most important aspects of a crime in order to convince a jury of guilt in US Criminal law is:

The Swedish medea and the Olof Palme murder case: With a few exceptions the Swedish press avoid writing about Christer Andersson. Probably because he don’t sell any newspapers. Only obscure conspiracy-theories sells.

Christer Andersson had them all.

Means: He had license to a Smith & Wesson .357 Magnum revolver

The weapon is like many other types of revolvers able to fire Winchester .357 Magnum revolver standard ammunition. The bullet that killed Olof Palme.

There were approximately 650 registered revolvers in Stockholm that could fire such ammunition at the night of the murder.  All the revolvers were tested besides the revolver that was owned by Christer Andersson. He claims that he sold it in 1992 to a “drug dealer” with a “foreign dark look”.

Motive: Christer Andersson had a motive to kill Palme

On the night of the assassination of Olof Palme the stock market had dropped 8%. This was due to an announcement from the Government that the taxes of the gross profit from stock trading were to be doubled.

This decision would be terrible for Andersson since he had invested millions of kroner from lottery winnings into a complicated financial scheme. The structure of the scheme was depending on the market going up. He kept buying new stock provisioned by loans insured by his current stock portfolio. The drop of the share value made him bankrupt.

Opportunity: He had no alibi

Christer Andersson claims that he was in bed with a flue at the time of the murder. A member of his family claims that it was not the case. He had an opportunity to murder Palme. 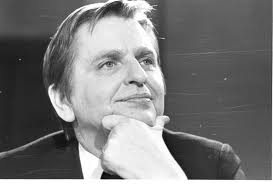 The movie theatre Grand Bio that Mr. and Ms. Palme left a couple of minutes before the shooting was only 20 minutes away from his house. Christer Andersson was known in the area and could have seen Olof Palme around 9 pm when he entered the cinema. He then was able to go home and get his revolver and return around 11 pm.

But there is more:

He fooled the police and the lokal authorities with a fake adress. Yes, the house was there, and he claimed to live on the 4th floor. But the house had only three floors. In reality he lived in his parents sommerhouse.

So the letters from the police, where they asked him to show up with his Smith & Wesson, came return to the police station.